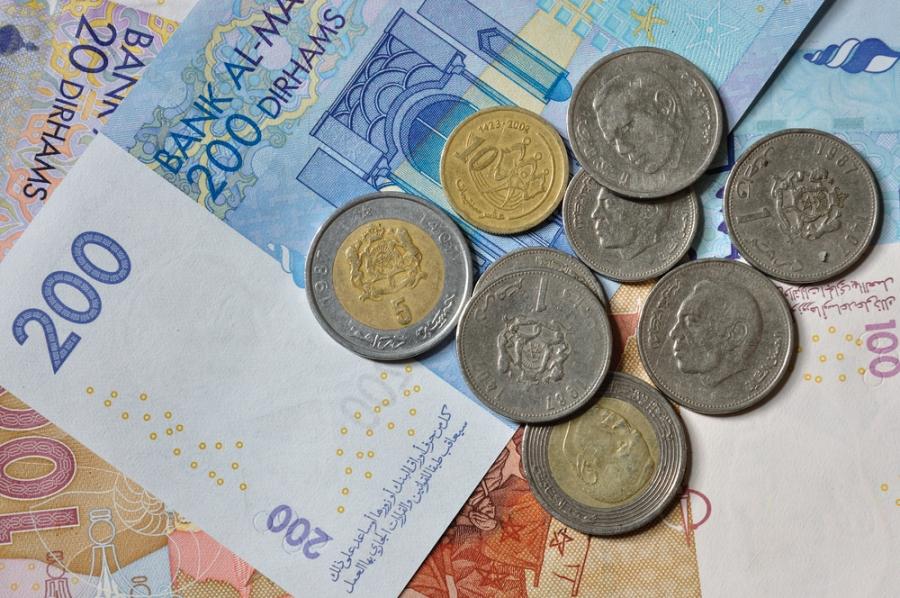 How expensive is Morocco is a common question every traveler asks before making a decision about visiting Morocco. In this blog post, we will share useful travel tips that will help you out for making the right decision and what you should expect when visiting Morocco.

As with most countries, how expensive your trip is going to be is entirely dependent on your preferences. Morocco can be a haven for backpackers with hostels costing as little as five euros for food and shelter. On the other hand, It is important to bear in mind that Morocco is generally not as dirt cheap as some travellers expect. In fact, many things in Morocco are more expensive than in Europe, like cars, electronics and alcohol.  Many visitors are surprised by the cost of some things here when compared to their home countries. For example, a lot of products are imported from Spain, because it is cheaper there.

Morocco is a country with a big wealth gap. There are a lot of rich people and a lot of poor people. Therefore, luxury items and imported goods are significantly more expensive than in Europe. 100g of smoked salmon costs 60 MAD (€6) in Carrefour in Tangier, compared to €2.30 in Carrefour in Málaga. It will cost you much more in Morocco to maintain the same quality of life in European countries.

In the markets, you can expect to be offered a higher price. This is not necessarily because you are foreign. It is just a cultural thing. Haggling and negotiating over the price is an integral part of the Moroccan market experience.

However, Morocco is still relatively cheap for many things and can be considered a budget destination if you bear these points in mind.

Museums in Morocco are very affordable even when looking at it from the perspective of locals. Even a major tourist destination like Marrakech has very affordable entry fees. Their museum entry fees can cost anywhere between 19 to 179 MAD (Moroccan Dirham), which is roughly 2 to 19 USD. The Hassan II Mosque in Casablanca is the most expensive and greatest exception to this rule. The only major museum in Casablanca, the Hassan II Mosque costs 308 MAD (32.67 USD).

Finding the right hostel can be rather tricky. If you’re working with a shoestring budget, you may think that it doesn’t really matter, and the cheapest possible option will be perfectly fine. However, you don’t have to have that mindset. Some of the highest rated hostels in Morocco are as cheap as four dollars, and even the most ‘expensive’ options only cost as much as eighteen dollars.

Your comfort and safety is integral to your enjoyment throughout the trip, so it may be prudent to spend an extra few dollars on a hostel for a good night’s rest, rather than wake up in the dingiest hostel, and having an irritable mood for the rest of the day.

This list will be using the updated prices of a single bedroom for two adults, but this may vary depending on the dates you choose, and how early you book your rooms. Some hotels, for example, may slash their prices by more than 50% if you book much earlier, or book a room within a certain period. So, the prices for hotels given here should be seen as an estimate, and should you be interested in finding out more, you can Google the costs available for your chosen dates.

The Palais Namaskar, which is a luxury 5* hotel in Marrakech, prices a single bedroom for two adults at 5950 MAD (631 USD) per night. The Movenpick Hotel Casablanca, also a 5* hotel, costs only 829 MAD (88 USD) for the same type of room. This illustrates the huge variety on offer in Morocco. The super-rich are well-catered for in Morocco with ultra-expensive options on offer in most cities. However it is also possible to stay in relative luxury without spending so much money. It should be noted that a 5* hotel in Morocco is not necessarily to the same standard as a 5 hotel in Europe, but the prices are also lower.

The services that a great hotel can provide shouldn’t be underestimated, but paying a ridiculous amount for a hotel may mean abstaining from a Sahara Desert Tour because you no longer have the money in your budget to spend. Staying at a good hotel is amazing, but if staying at a cheaper but still reputable hotel will allow you to participate in more of Morocco’s activities, it may be worth considering before you finalize your plans.

Perhaps the most important expense of them all, food is relatively inexpensive as long as you avoid tourist areas like the Grand and Petit Socco, and other famous sightseeing areas in Morocco. A good basis for how expensive the majority of meals are, of course, is the average price of a meal at a global fast food franchise.

A McMeal at McDonalds (a standard combo meal, essentially) will cost around 50 to 60 MAD (5-6.30 USD). The cost of a meal at a restaurant can range from 30 MAD (3 USD) to 150 MAD (16 USD), which is still relatively inexpensive by the standards of most Europeans. However, if you really want to avoid unnecessary expenditures, then you should avoid restaurants in tourist areas as a rule of thumb, because they will always cost more than the average restaurant.

Food purchased from food stalls or bazaars, on the other hand, doesn’t have a real standardized price available. The salesman typically decides on the spot how much he or she will charge a given individual based on how rich, and/or foreign they look. It is at this point that you will be able to try your hand at haggling over prices, which they will normally allow. In fact, it’s not really considered a business transaction until a buyer tries to get a discount.

How expensive is alcohol in Morocco? Due to taxes, alcohol in Morocco is very expensive compared to most places in Europe. A small 25cl domestic beer will cost between 25 – 35 MAD (€2.50 – €3.50) in a bar. A 33cl bottle of local Casablanca beer will cost 45 – 60 MAD (€4 – €6) when purchased in a bar. Imported beer (predominantly Heineken) is normally about 35 MAD (€3.50) for a small bottle when purchased in a bar. You can buy alcohol in the supermarket, which of course is cheaper than drinking in a bar, but is still far more expensive than in Europe. Driving under the influence of alcohol is strictly forbidden and will land you in trouble with the police, so always book through a reputable Morocco taxi company.

These are just some of the things that you can take into consideration when planning your trip to Morocco, but naturally, there will definitely be some unplanned expenses once you arrive. Hopefully, this list has helped you create a budget that allows you leeway for some impulse buys at the marketplace.