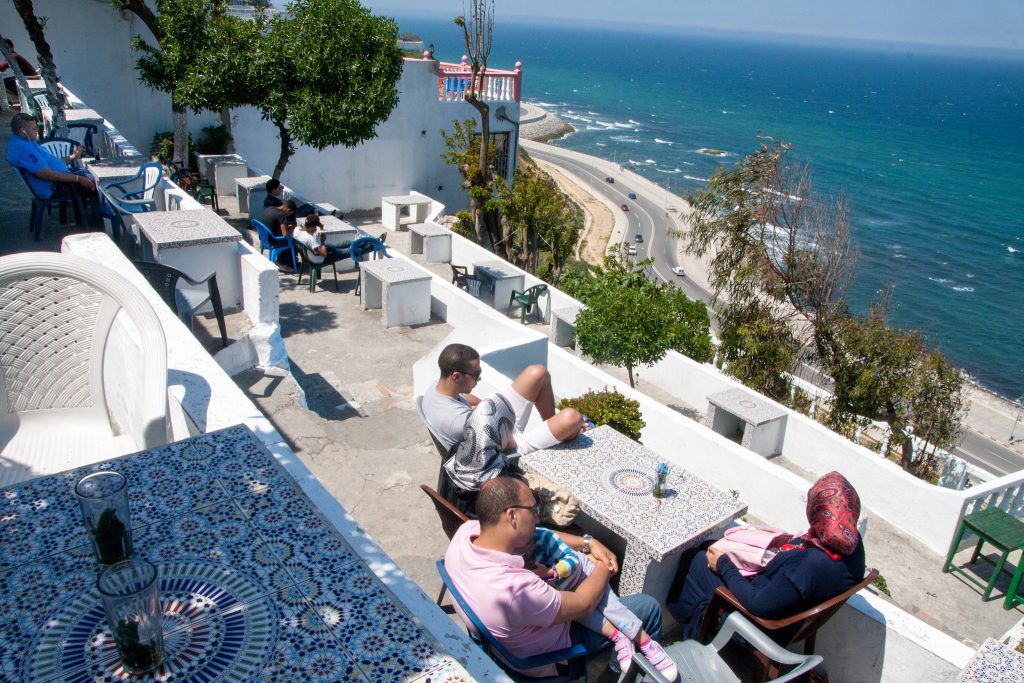 Is Really Tangier Worth Visiting?

In this article, we will shed light on why is Tangier worth visiting along with the most important highlights that have turned the city into an attractive destination.

Tangier is a little bit of everything – an architectural hodgepodge of Middle Eastern inspired temples, Byzantine Era cobblestone streets, Grecian white washed homes, and many other multicultural influences. Moreover, it’s the perfect entry point into Morocco, with regular ferries from Spain to Tangier. Many people go through Tangier on the way to the rest of the must-see destinations in Morocco. It’s merely a great bonus that Tangier itself has much to offer to the average tourist.

Tangier is worth visiting for its varied history. Tangier has a lot of international influence as a result of colonisation by the Spanish, French, British and others. As Tangier was once considered an international zone, it is home to a unique cocktail of culture and architecture.

If you’re a fan of modern architecture, you’ll find the Terrasse des Paresseux to be a little paradise right in the heart of Tangier. Located within Ville Noveaux, the Terrasse has inspired countless artists and writers due to its panoramic view of the crystalline ocean, its French and Portuguese influenced buildings and landmarks, and giant palm trees that jut from the earth directly toward the sky like a miniature Tower of Babel, dwarfing even some of the modern buildings erected in the main square – the Grand Socco.

From the Grand Socco, you can enter the Medina or Old City, which transports you from the 21st Century back to the 18th century or even earlier. Sandy colored buildings with bright splashes of color – red, blue, and yellow being the most common – tower over the narrow streets and alleys that wind around the hillside town. Golden tufted rugs and carpets hang off the ledges of balconies from above as tourists and locals wade through the bazaars, which sell everything from decorative rugs to fresh dragon fruit and figs. 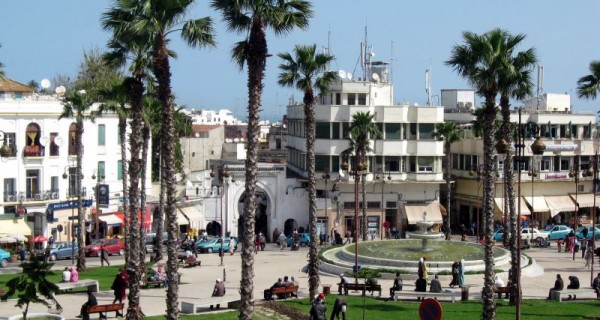 The Petit Socco (the Little Square) is the hub of this lively medina, acting as a miniature – literally and figuratively – version of the Grand Socco. People congregate here at all hours of the day to see people of different cultures dining together at one of the numerous cafes on the side of the street, where coffee and food is consumed almost nonstop throughout the day. Situated around the Petit Socco are three particular structures, which are emblematic of Tangier’s interesting history. In the East, the Grand Mosque commands a large area to itself, and its tower overlooks the rest of Petit Socco and Tangier with only the sky as its backdrop. This is normal, as Morocco is predominantly Muslim. However, at the west of the Petit Socco, The Church of the Immaculate Conception was built by Tangier’s Spanish inhabitants in the 18th century.

Tangier is quite a large city and the main sights are quite spread out, in particular the Hercules Cave and Cap Spartel which are about 20 minutes outside of the city, so we recommend hiring a Tangier Taxi to travel by vehicle in comfort. 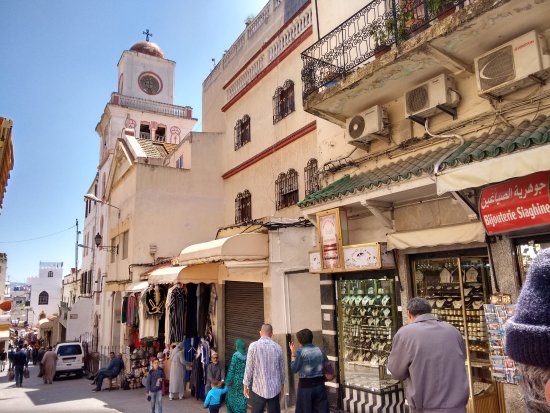 Church (left of the picture) on Rue Siaghine

Although it is nowhere near as large as the Grand Mosque, the Church of Immaculate Conception still boasts the high ceiling and painted glass commonly found in any Catholic church. On the other side of Petit Socco, the Old American Legation remains as a testament to America’s foothold in Morocco. Today, it functions more as a museum, and even showcases a letter from George Washington sent to Moulay Abdallah, the Sultan of Morocco of his time.

The fact that these three structures – the Grand Mosque, the Church of Immaculate Conception – can coexist within such a small area is no accident, but a sign of Tangier’s acceptance of different beliefs, and its respect for its city’s past, present, and future.

Tangier’s melting pot culture is similarly reflected in its cuisine and most popular restaurants. Among the most popular are Art et Gourmet, Populaire Saveur de Poisson (specializing in seafood), La Fabrique, and many more. Establishments like Restaurant el-Korsan and Le Nabab serve authentic Moroccan cuisine with pride to tourists and locals alike.

Once someone tires of strolling through the streets of the Medina with no real goal in mind – if they tire of it at all – they can visit the Kasbah, which doubles as a historical landmark where the Sultan once lived, and a repurposed museum with exhibits dating back to the Stone Age. Within the Kasbah is Café Detroit, which was famous for hosting the writers of the 1960’s during their heyday.

Tangier’s streets are the same streets that inspired the literary giants of mid 19th century counterculture like Jack Kerouac and Allen Ginsberg, just as the nightlife of Paris in the 1920’s inspired the likes of F. Scott Fitzgerald and Ernest Hemingway.

Just like Paris, Tangier has the same intangible, almost inexplicable charm that whisks people off their feet, and inspires them to create stories and art about their experience in Tangier. Whether it’s the African murals or the statues and paintings of Roman and Greek Gods that act as evidence of Tangier’s former conquerors, it gives any visitor the feeling that they are surrounded in history itself.

Further afield from Tangier, those who love history and the Mediterranean aspect of Morocco’s coast can make the short journey from Tangier to Asilah, which overlooks the rocky shores of Morocco atop the sandstone cliffs that the Romans first claimed as their own centuries ago. It’s one of the best places for tourists to visit, especially if they wish to try fresh seafood straight from the Atlantic Ocean.

Of course, one of the main attractions in northern Morocco is Chefchaouen – a mountain town famous for its blue buildings and streets. You can take one of our transfers from Tangier to Chefchaouen – you won’t regret making the trip there!